"It was the best of times.

It was the worst of times."

But ... We had Great Expectations! 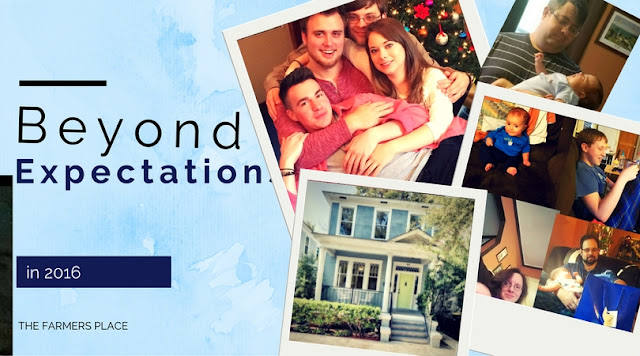 Did you get what you expected?

“But forget all that—
it is nothing compared to what I am going to do.
For I am about to do something new.
See, I have already begun! Do you not see it?
I will make a pathway through the wilderness.
I will create rivers in the dry waste.
Isaiah 43:18-19

You may have heard of the new trend to not make resolutions but to select one word that would be the basis of your decisions throughout the year. I've been implementing this trend in my own life for the past 4 years. My first ONEWORD was Joy. Finding joy in a year that I struggled with severe pain certainly helped me get through the year. The second year, I selected BOLD. I certainly, need to be bold during my surgery and visits to Mayo Clinic with all the poking and pricking that I endured. Little did I know that LESS would certainly be the theme of our year 2015. Downsizing and leaving full-time ministry was difficult but the word, LESS prepared us ultimately for all that would inspire. As 2016 approached, God began to speak to me about getting ready for something new and to EXPECT great things.

They say, "You get what you expect".

So I'm wondering, "Did you get what you expected this past year?"
I expected great things and the Lord delivered. That's not to say that this was a glorious year, but God provided in ways we could never expect. Here are a few things beyond our expectations:

We found a lovely little townhome in Pooler, GA just before Thanksgiving last year. What a God send. It has been a perfect home in a quiet and safe neighborhood with great neighbors on all sides! Even during Hurricane Mathew, we were safe and sound without having to leave home. No damage. It's just off the beaten path at the intersection of two interstates. Easy access to just about everything ... even Tanger Mall! 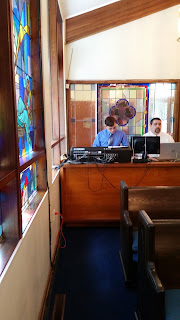 We visited Harvest Church of the Nazarene, formerly Savannah First where we pastored from 1992-1997. Most of those we knew back then had moved on, but oh the new friends we have made. Mikaela, started nearly immediately playing guitar and singing with the praise team.
Brett has also found his place at Harvest as the technical guru running the sound during worship and developing the website. He is loved and appreciated among the people and was elected to serve on the church board.
Michael has had opportunity to preach several times and Mandy plays the piano every Sunday morning!
I'd say we found our church home.

Connecting with friends and family

We never really realized how much we missed being close to Daniel and his family. Having them drop by after work, worshipping together and Sunday dinners has been a great joy.
We are sad that we are now 5 hours away from our son, Brian. But so glad that he has awesome friends that are just like family. None of us were expecting this family to make us family. Brian says, "At the very beginning of the year, I didn't expect that I'd be holding a new nephew at the end of the year, but I just rocked him to sleep and lay him in his crib. 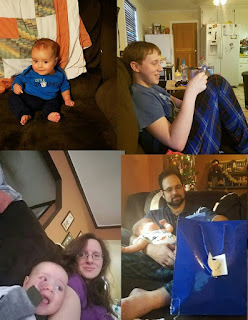 The new worship pastor and his family (Eric & Amber Grimes) arrived in Savannah one week before us last November. Turns out, he and his wife attended Asbury College while Mandy was there! They have two children the same age as our Brett and Mikaela. A fabulous family friendship has blossomed into the best thing ever for both families.

Mikaela says, "I don't think that I expected to find/be given the best friends that I've ever had. People that I am able to trust so much more than I think I ever have and to find/be given that at a time where I wasn't sure I could really trust anyone that much or that I'd ever find best friends. or that they would help me to "become human again" as I've been saying to myself. Meaning that they've helped me to be able to be myself and heal emotionally enough to be able to do that. I am so thankful for their presence in my life." 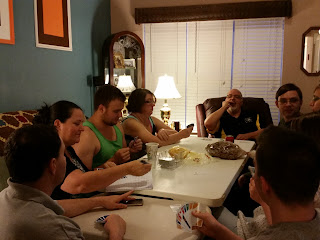 There are still a few "old" friends around. One dear couple that moved away from Savannah about the same time we did also returned to Savannah. It's been great to re-connect with the Myers. They are attending another Nazarene church, but we are able to get together once in a while. Mandy and Laura are enjoying crafting together.

Speaking of crafts, Mandy decided she would try to expand her skill in crocheting. She tried her hand at tapestry work, making a GA Bulldog stadium blanket. This has sparked an order list that she can barely keep up with! She didn't expect to make money doing something she enjoys! 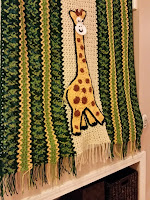 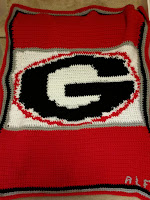 Mandy has been bloggin all year. This has turned into an opportunity to write devotions for the general Church of the Nazarene! These will be released sometime in the spring!

We found a healthcare system that has really been a blessing to us. They are connected with all types of specialists in town which Michael has needed this year. We're praying that they will be signing a contract with our new health insurance plan.

In late September, Daniel and Tina received an offer on their mobile home for cash. This gave them a downpayment for a home in town. Within a week they found a home to purchase. Tina was excited to host Thanksgiving in their new home. We never would have expected that at the first of the year. Daniel never expected to save over $500 a month in gas expense now that he lives 5 minutes from work AND church. 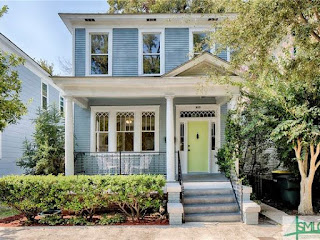 There are so many ways that God has provided this year. We can't begin to name them all. Suffice it to say that every time we were in need cash arrived to cover the need. Isn't God awesome?

We encourage you to Expect Great things from God in the coming year. It could make all the difference!
Merry Christmas and God bless Everyone!
The Farmers
Posted by Mandy Farmer at 10:26:00 PM No comments: