Merry Christmas from The Farmers


Well, here we are at Christmas again.

How did that happen? I see that I haven't written since July. My hope was to write every three months, I have been writing just not here. :) A good friend, Michele Bruxvoot, and I have joined together on a new blog page. Getting that going has kept most of my attention since the wedding. I think you will like it, so please take some time to visit when you have a chance. Mandy and Michele Just Keeping it Together! If you like what you see, click on that little blue bar on the bottom of the page and sign up for the weekly newsletter that will keep you in the know about what's happening on the blog. 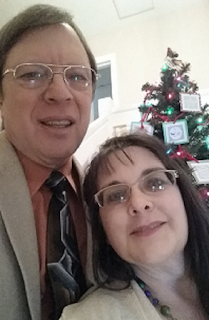 Michael and I seem to spend most of the time visiting doctors. Oh! The joys of retirement. You retire and suddenly you are sick all the time. ugh! We've managed to get my pain under "control" or at least into some kind of new normal. The R.A. is in remission and the fibromyalgia is bearable as long as I don't go doing too much. We head down to Mayo Clinic in Jacksonville 3 or 4 times a year to get injections in my neck. My C1-C2 joint is deteriorated because of the R.A. Michael has been fighting various illnesses this year. We seem to be jumping from one thing to another. He had some melanoma removed, then he has "too much blood" so he goes and has some removed every 6 weeks or so.

Michael has been supplying at Savannah Harvest Church twice a month since the senior pastor got promoted to heaven. It was sad to lose Pastor Jim but the extra income has been a blessing for us. We are amazed at how God continues to provide our every need, month after month.


The biggest news and excitement for the Farmers this year was the beautiful wedding of our Mikaela to Ethan Grimes. This was "the other royal wedding". Married on the same day as Prince Harry and Meghan, Pastor Jim said that this marriage was indeed a royal wedding as both Mikaela and Ethan are children of the King of Kings.

Mikaela's brothers were all, in their own special way, deeply involved in the ceremony. Nephew Austin and brother Brett were "Bride's Dudes". A little unorthodox but they are indeed her best friends so it was very appropriate. Brett did a lot of behind the scenes running, you know a go-pher. He didn't want to be running the sound so he made sure everything was in order for another to do it.

Brian helped with the ceremony and sang during the Rope Ceremony. I had never seen a rope ceremony but it was beautiful. It is based on the scripture "a cord of three strands is not easily broken". Ethan and Mikaela braided the three cords representing themselves and God this was instead of the traditional candle lighting. Awesome.

Speaking of the ropes, Daniel made a gorgeous plaque to hold the braid. It was displayed for the ceremony and is now in Ethan & Mikaela's home. Daniel and Tina have a little side business making some amazing wood furniture and walking sticks. So nice. Tina did her part for the wedding too. She was the wedding planner! Couldn't have made it all happen without her! Also, Tina has found two wonderful products that she is now selling online, Norwex (wonderful cleaning products) and Magnabilities (customizable jewelry). 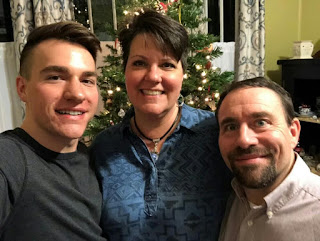 Daniel is still "running things" over at Mock Plumbing where he designs and heads up the plumbing plans for institutional buildings. Recently, he has been helping with the new hospital going in here in Pooler... and many other things, even over in South Carolina. Daniel acquired food poisoning in October which brought attention to his high blood pressure. This was investigated and it was found that he had a kidney stone the size of a half dollar piece. The kidney was not really working at all so the decision was made to remove the entire kidney. That happened last week. He is resting at home now. Lots of pain but doing well and should be back to work soon after the holidays.

Our grandson, Austin (20) is still in MMA (Mixed Martial Arts) & Kickboxing. When not at the dojo, he can be found at the gym. He feels led to pursue a career in Physical Therapy. Currently, he is brushing up with some online classes before enrolling in college. 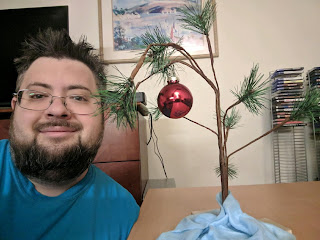 After the wedding, Brian moved to Minneapolis to consider a new line of work. He has friends there that put him up until this month when he found his own little place. For now, until he gets established he is doing quite well driving for Uber and delivering for Amazon. He's really loving it ..even the cold. 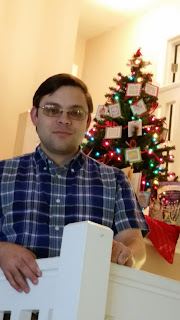 Brett has been promoted to store manager at a local sports shop. He's enjoying the change from Chick-Fil-A. And now hoping to move closer to town. The drive in is taking its toll on his car. (2 accidents this fall alone.)

He's also running the sound at church. Something he really enjoys doing. 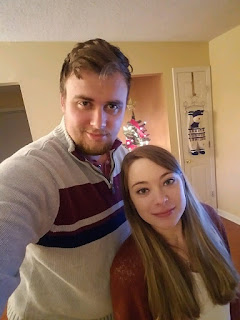 Mikaela is still working at the bread shop around the corner from our house. That's nice because occasionally she drops in after work with a loaf of bread! Ethan keeps getting moved up at Fed Ex. He is impressing their socks off over there and they keep asking if he wants to make a career there. He is also working on his ordination as a youth pastor. He received his district license this summer a week or so after returning from their honeymoon in Gatlinburg. If you want to know more about their wedding and see more pictures, just click on this link.

That's about it for excitement here. Hope your holidays are joyous and the new year full of great expectations.

Mandy, Michael, and the gang

Remember to go by and check out Mandy's new blog at www.mandyandmichele.com/blog


Oh, now we know that we are WAY TOO YOUNG to be great-grandparents but we do have a few that we claim through marriage. Daniel's Tina has two children from a previous marriage. They are adults and this year they gave us #5 and #6 great-grandblessings! Check these cuties out!